It’s all about families, says Lynn Zhang, explaining the decision she and her husband Charles made in early 2015 to donate the original headquarters of Zhang Financial, to Family & Children Services.

After the Zhangs’ wealth management business had grown to the point where the 3,000-square-foot building they had designed and built in 2000 no longer met their needs, they moved to a new headquarters, three times as big, located just a few blocks away on the corner of Milham and Oakland Drive. But they pondered what to do with the old building, so dear to them that, according to Lynn, it felt like a member of the family.

“People approached us about buying it,” says Charles, “but it was hard to put a price tag on something that was so sentimental to us.” Then, speaking with friends on the board of Family & Children Services, Lynn says she and her husband sensed a good match. The Agency, the Zhangs learned, has been improving life for people struggling with poverty, violence, abuse, and mental and emotional challenges since 1903. Its 200 full-time staff members provide services in the areas of child welfare (including foster care and adoption), behavioral health (including mobile crisis response), and youth development to approximately 9,000 people a year primarily in Kalamazoo and Calhoun Counties. In addition, the Zhangs had friends whose children had been adopted through the Agency, so they could see for themselves the long-term value Family & Children Services has for families.

Rosemary Gardiner, Chief Executive Officer, says she was thrilled when the Zhangs approached her to explore the idea. “We had been hoping to offer services in a location that would be more easily accessible to the south county communities, but we would never have been able to afford a building without a capital campaign.” Since Family & Children Services was, at that same time, conducting a $5.1 million campaign to expand its Lake Street campus to include a family visitation and learning center, a respite youth activity center, and an enhanced counseling center, a second capital campaign, she says, would have been far in the future.

The Zhangs’ gift, however, made it possible for the Agency to quickly realize its expansion goal. Counseling services will be offered at the location, says Diane Marquess, Family & Children Services’ Director of Behavioral Health. A special interest will be working with schools and businesses in the Portage, Mattawan, Gull Lake, Vicksburg, and Schoolcraft areas, to identify adults, children and teens who need counseling support. Marquess says that the Agency plans to reach out to the community to help better identify needs in these areas. Therapy and support will be available for anyone who has experienced trauma or anxiety, including children, teens, and adults. Couples counseling is also available.

Both the building and the furniture, which the Zhangs also donated, are high-end. “It’s far beyond what a humble non-profit organization could normally afford,” says Gardiner. The only changes being made to the building are those which will allow it to meet the specific needs of clients and counselors. Kalamazoo artist Conrad Kaufman, whose murals appear in other Family & Children Services’ facilities, has painted a mural depicting a tranquil nature scene in the new reception area, and spaces have been arranged to accommodate groups and families, as well as individual counseling. A two-way mirror has been installed in one of the offices for observation and training.

Lynn Zhang points out similarities between the services her company and those Family & Children Services provides. “We help families create and preserve wealth and pass it on to the next generation, and they do the same thing on the emotional side. We share the belief that families matter.”

Charles and Lynn Zhang have a long history of philanthropy, including major gifts to Western Michigan University, the Kellogg School of Management at Northwestern University, Columbia University and a variety of local recipients, including the Stuhlberg Competition, Portage Northern and Portage Central High Schools, the Kalamazoo Male Chorus, Miller Auditorium, the Kalamazoo Symphony Orchestra, the Grand Rapids Symphony, Ministry with Community, and many more. The Zhangs’ two children, Alex, 18, and Mitchell, 21, feel as strongly as their parents about giving back to the community. Both volunteer at Ministry with Community when they return home from school. But the gift of the Zhangs’ original business home to an agency that they care about and whose work they respect so highly is, says Gardiner, “the ultimate gift. Family & Children Services is incredibly grateful to the Zhangs for giving their cherished space to an organization that has, for 112 years, cherished the families and young people of this community.”

A ribbon-cutting event for the new facility will be scheduled in early 2016. For information about Family & Children Services and the services it offers, phone Courtenay VanderMolen, Director of Resource Development, at 269-344-0202 or visit www.fcsource.org. 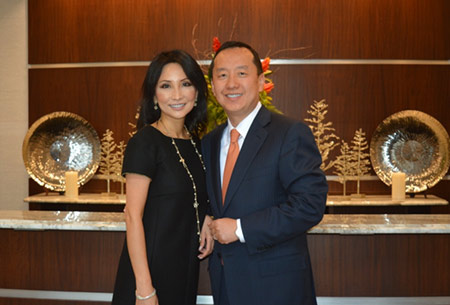 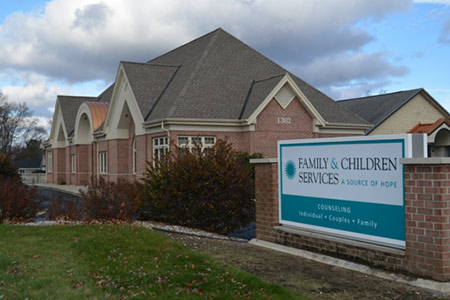